What Is DOL Starter (in brief)?

A starter that is directly connected to a line is called a DOL starter. Such a starter cannot reduce the current. So the motor can be easily turned on and off by this starter. DOL starter motors are usually used up to 5 HP range. In many cases, motors from 10 HP to 100 HP are used.

But when you start the motor with a direct online starter, it pulls 4 to 6 times more from the current line. Due to the high current pull during the strut, the line voltage deficit makes it difficult for the lamp to run on other machines.

In addition, the cable size of the motor and the size of other devices also take more. This can increase the cost. In this case, a Star-Delta starter is used instead of a DOL starter. 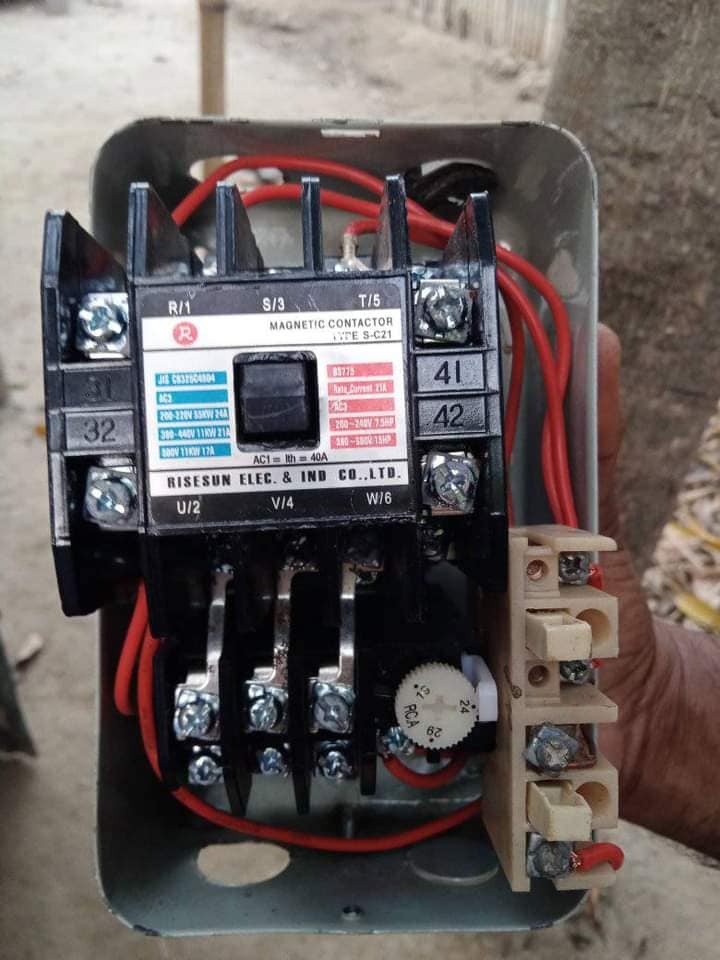 The usually closed switch is connected in series with the normally open. Normally open switch or strut pushbutton when we press it is a pushbutton switch, so it returns to its previous position. It does not close the circuit. So we do the latching using the magnetic contractor’s auxiliary switch NO switch.

A magnetic contactor is a switching device. You can do a little study to know better about that. When we click on the start push button, the normally open switch of the magnetic contactor closes. This allows uninterrupted current to flow in the motor despite the push switch returning to its previous condition.

This time we can quickly turn the motor on and off. And this is how the doll strutter connection is given. 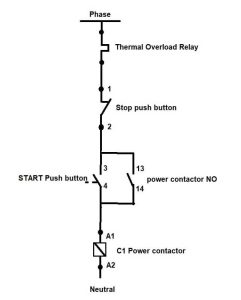 DOL starters are one type of motor starter. They are used to start induction motors. The DOL starter consists of two main parts: a contactor and an overload relay.

When the start button is pressed, the following sequence of events occurs:

So, all we have learned from this article is that, in short, a DOL (Direct Online) starter is an electrical motor starter used to start large three-phase AC motors. It is a direct online starter and is the most common starter used for three-phase induction motors.